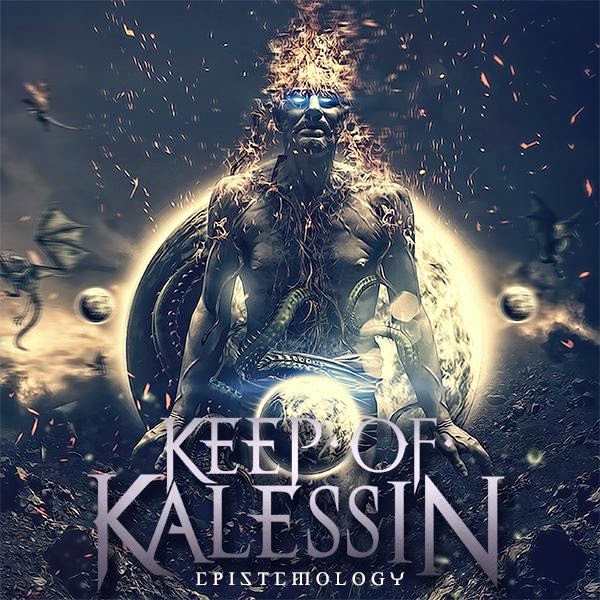 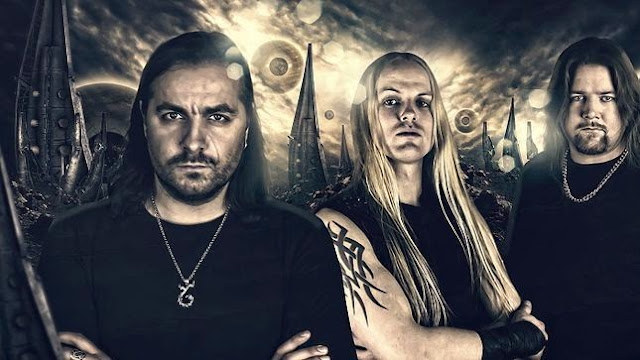 *Epistemology - (from Greek Éπιστήμη, epistēmē, meaning "knowledge, understanding", and λόγος, logos, meaning "study of") is the branch of philosophy concerned with the nature and scope of knowledge and is also referred to as "theory of knowledge".

"(...)Unchain the mental elements
Cast out the vile contaminants
Thrown into the oceans of your fears

I see myself falling - I fly on broken wings
Salvation calling - Elusive spirit free
I feel that I'm lost - Embrace reality
I ask what I must - Is this my destiny?" Introspection - Epistemology

The two times Norwegian Grammy Nominee; Keep of Kalessin have return with a new colossal piece of Epic Extreme metal excellence by the title of "Epistemology"!
The band formed in Norway in 1995 returns 5 years after the release of their previous work "Reptilian", now as a trio, with the founding virtuous guitarist Obsidian C. (Arnt Gronbech) assuming also the main vocals part and overcoming anything done before by his predecessor!
Better than ever the band reveals a renewed demolishing and addictive sound, on which we have the great revelation of Obsidian Claw outstanding vocals, giving the missing splendour to the bands already outstanding music. The circle is now complete!

With "Epistemology" the Kalessin dragon has spread his wings wide and flew higher than ever before. This new album will please not only extreme metal fans but also the most daring heavy/power metal fans! Brilliance and excellence in form of music, a work of Metal extremity and geniality, only possible due to the musicians elite quality!
As the majority would know, Obsidian C. is without a doubt one of the most virtuous and talented guitarists in Norway, his creations are simply jaw dropping, owner of truly unbelievable technical skills! Now, as it has been revealed, we know that he is also capable of unleashing some outstanding clean vocals and vociferations, the last, reminding of Ishan (Emperor) vocals but in a "Dragonized" way, providing the band "that" vocal dynamism to step forwards and embrace even more daring grounds. Vyl drum work is damn tight as hell and some of the fastest and most versatile I've heard in extreme metal. Wizziac bass and backing vocals performance complement and fill up Keep of Kalessin sound into daring musical perfection!

"Epistemology" is a timeless album not to be missed by any Metalhead, combining in perfection all the best elements of black/death/thrash/power and heavy metal! Without a doubt one of the best metal albums of 2015! Can't really say there is any lesser good song on the album. Since the "Cosmic Revelation" instrumental track that introduces us to this masterly album the listner is hit with smashing tracks one after the other. "The Spiritual Relief" catches the listeners ears since the first listening, this is an outstanding music with an epic timeless melody, an illuminated sing-along track that reveals the new sound of the band with all it's brilliance.
The fury of the Metal Gods has been unleashed with the power and velocity of "Dark Divinity", one of the best tracks of the album with one of its most astonishing guitar solos!
Now it's time to take a dark ride through "The Grand Design", an addicting and elegant track from the beginning to it's end, a track craft with a crescent enchanting melody.
With an addicting thrash metal vibe and an astonishing guitar "finálé" the ultimate (un)holy city of dead ("Necropolis") is unveiled!
"Universal Core" is another high speed melodic epic track... somehow this powerful and extreme sound is the core identity/essence of the band itself!
"Introspection" was the first track I've heard from the new Keep of Kalessin work and I must confess I was completely blown away with such outstanding power and melody carried within this meaningful song, I knew by then that this new work could easly be their best!
"Epistemology" title track is just another colossal epic music, an apotheotic and memorable song to echo in your ears for a long... long time.
As bonus we have two excellent tracks worth to be mentioned, "Anima Mundi" is an incredibly fast track that counts with the guest vocals of the legendary Attila Csihar (Mayhem), "Novae Ruptis" is just another great track... raw, fast and dark!

With their mighty "Armada" Keep of Kalessin have achieved an Norwegian metal elite status, this has allowed them to develop their musical epic "Kolossus"! Years after the band has then been crowned with "Reptilian" winged majesty! Now with this timeless release "Epistemology" the band stands proudly on the throne of epic extreme metal!
Keep of Kalessin is composed by some of the best Norwegian musicians at the moment, a proof of that is this astonishing and addictive new album, both brutal and beautiful!
In all, I can only say that "Epistemology" is the best album of the band by far and one of the best extreme metal albums ever released!