Guitarist Phil Demmel of reunited San Francisco Bay Area thrashers VIO-LENCE spoke to EXODUS frontman Steve "Zetro" Souza's YouTube channel, Zetro's Toxic Vault, about the progress of the songwriting sessions for VIO-LENCE's new EP, tentatively due in 2021 via Metal Blade Records. He said (see video below): "We've got two songs done. We've got ideas for two more. I come up with the riffs. But Perry's [Strickland, drummer] there while we're structuring. He took some time off from playing, and he's now getting to a point to where, especially last week at practice, to where now he's going off of muscle memory again and he's not having to think about [all the parts anymore]. He's better when he doesn't have to think about stuff."

Asked if there is a "timeline" for the completion of the new VIO-LENCE EP, Demmel said: "Not really. We've been talking with the people at Metal Blade. When [the songs are] ready, they're ready. This [coronavirus pandemic] has given us more time. But still, it's gotta be fucking killer. I had a riff that the [other] dudes were kind of digging, and I'm all, 'I don't got a boner with this one.' I want a 10-foot boner with everything that we're doing now. It's gotta be better, it's gotta be fucking kick-ass, and there's parts of it that wasn't… I don't wanna put out some crap."

According to Phil, the new VIO-LENCE songs are "hard to play. I set the bar kind of high in the riffs and wanting them to be difficult," he said. "And working with Perry, I bet he goes home cursing me at night, just because they're fucking hard songs, the structures. There's hard parts and a lot to 'em, but they're gonna be fucking kick-ass."

This past January, VIO-LENCE parted ways with guitarist Ray Vegas and replaced him with former OVERKILL axeman Bobby Gustafson.

VIO-LENCE performed its first comeback concert in April 2019 at the Oakland Metro in Oakland, California and spent the last year playing select shows in the U.S. and Europe.

Although MACHINE HEAD frontman Robb Flynn was part of VIO-LENCE's classic incarnation and played on the band's debut album, "Eternal Nightmare", he wasn't approached about taking part in any of the comeback shows.

"There ain't no way to stop us
and you'll never kill our pride
'cause it's not only music
it's a chosen way of life!"
Topo

Ao contrário da Nervosa essa nova banda delas infelizmente não acompanharei, já que death metal não é do meu agrado. Mas desejo a elas sucesso.
"There ain't no way to stop us
and you'll never kill our pride
'cause it's not only music
it's a chosen way of life!"
Topo

Check out the videoclip for "Deus Inversus" at the link below:
https://www.youtube.com/watch?v=om6gufJFl04

BELPHEGOR – NEW ALBUM DELAYED UNTIL EARLY 2021!
Helmuth states: "Because of the global pandemic, we must push the release of the still-untitled LP back to early 2021.
We have been composing this new album since what feels like forever. Drums have already been recorded before the outbreak in February this year at Fascination Street Studios in Sweden.
Since mid-March. Serpenth and I have kept busy by tracking guitars and bass for the new album."

BELPHEGOR will report to you with news on the progress of this album, so keep an eye out! 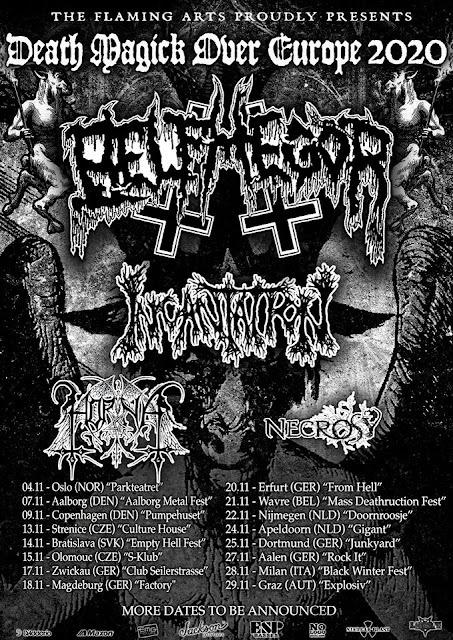 Diabolical Black Death Metal troop BELPHEGOR will headline European territory once again. Special guests on this tour will be death-monsters INCANTATION Black Metal outfit HORNA and NECROSY.
The Totenrituals will kick off on 4th November in Oslo, Norway at Parkteatret and conclude in Graz, Austria at Explosiv Club, 29th November.

“We've forged an extreme Metal package to march throughout Europe," commented BELPHEGOR vocalist/ guitarist and founding member Helmuth. "After all these unfortunate cancellations, Serpenth and I can't wait to go out on tour again. Live Rituals are the true essence of BELPHEGOR!!" 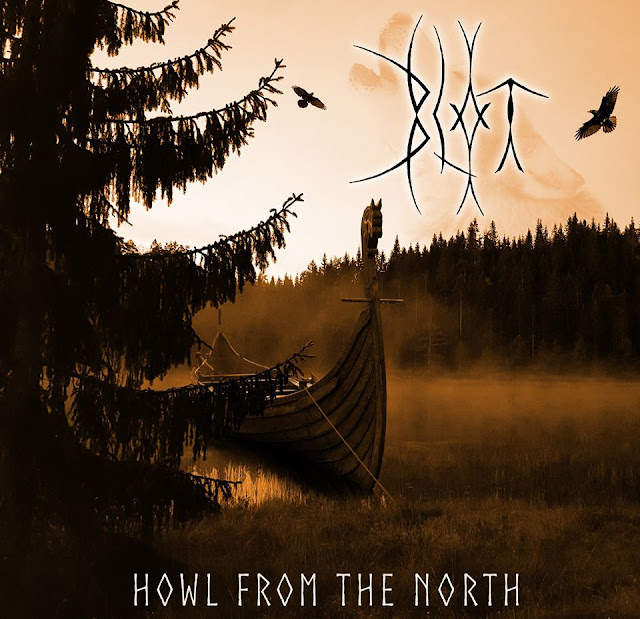 Their first album, “Ilddyrking”, received great reviews both in Norway and abroad, and landed them slots at festivals like Midgardsblot, Southern DisComfort, Black Night, as well as they co-headlined Thorhammerfest in Sao Paulo.

The music is black metal with strong influences from traditional Viking/folk music, and they have been compared to bands such as Dissection, Bathory, Taake and other great bands within the genre.

“Howl from the North” continues the journey musically from “Ilddyrking”, and so far the feedback has been great.

Check out the Lyric Video for the title track "Howl from the North":
https://www.youtube.com/watch?v=VQ_9O0wVqvE