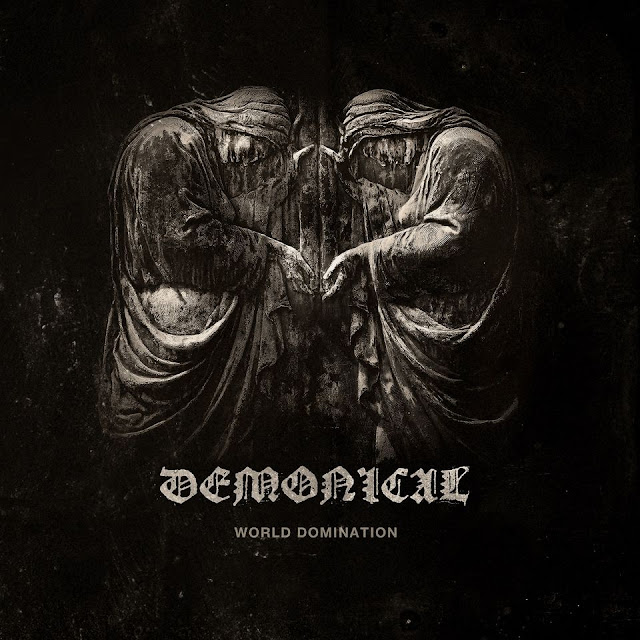 "World Domination" is a gateway to old and new DEMONICAL. The band's sixth album marks the debut for vocalist Christofer Sätderdal and the return for original drummer Ronnie Bergerstål (2006-2011, 2019-present). There are no major changes to the band's proven formula of brutal, melodic and insolently Swedish death metal. "World Domination" picks up where 2018's "Chaos Manifesto" left off, with a touch of extra dynamics and vibrancy that enrich the band's sound. 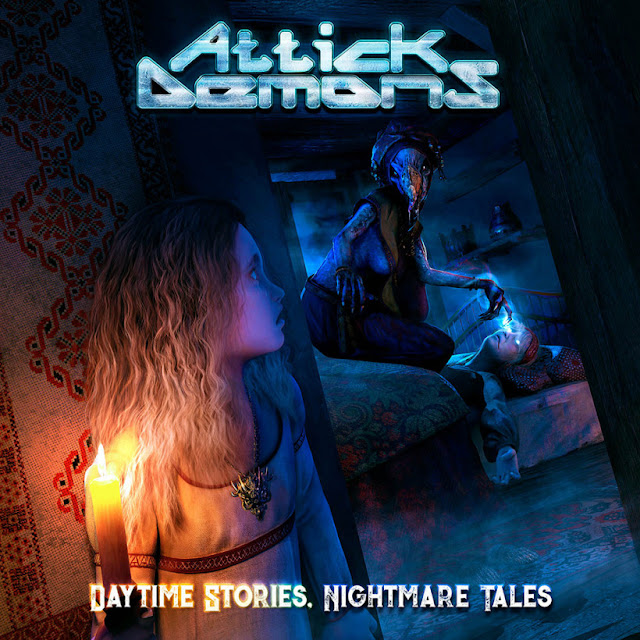 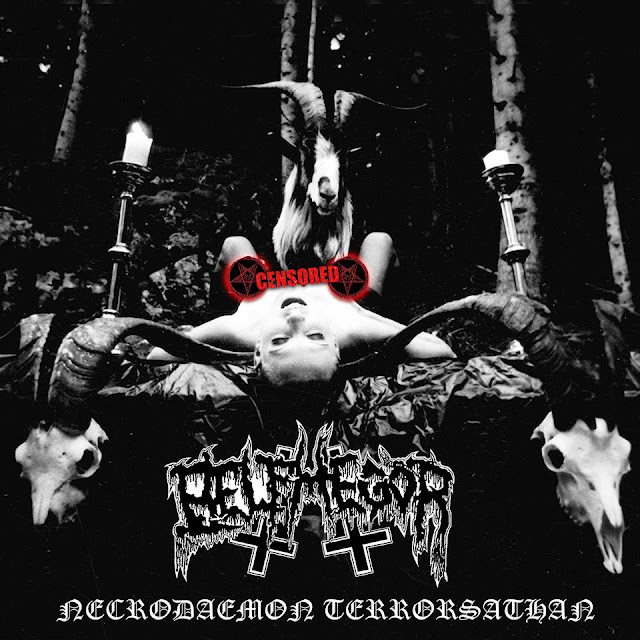 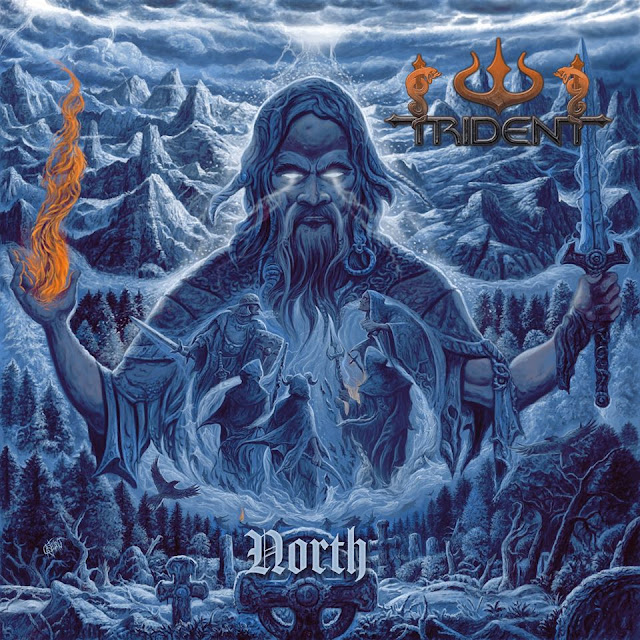 Sweden blackened death metallers TRIDENT unleashed today their sophomore studio album, “North”, unto the world via Non Serviam Records. In celebration of the release, the band offers fans the visualizer video for the song ‘Summoning’. 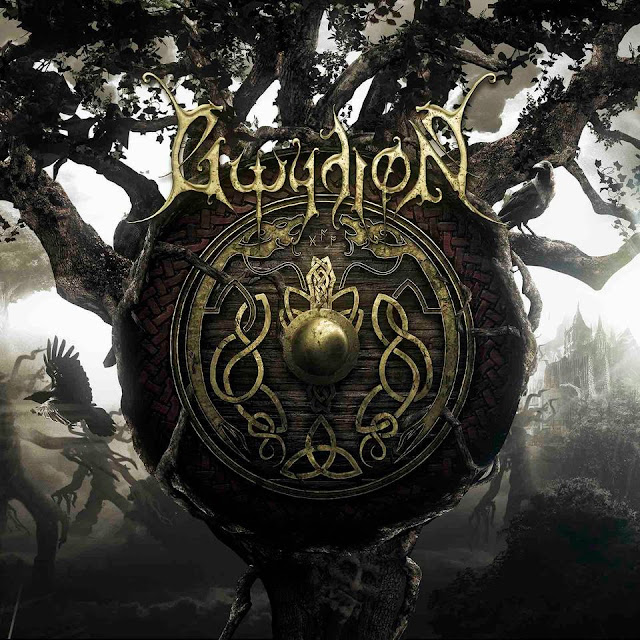 Meanwhile the band has released 3 new singles/videos for the new album, check out more details ahead:

Taken from the album "Saint Desecration" out 11/27 on Agonia.

Gostei, é pesada, com as guitarras bem aparentes. Vamos ver se isso se mantém na versão em estúdio.
"There ain't no way to stop us
and you'll never kill our pride
'cause it's not only music
it's a chosen way of life!"
Topo

Taken from the album "Where the Gloom Becomes Sound", out January 29th, 2021

EXODUS has set "Persona Non Grata" as the title of its long-awaited new album, due in the summer of 2021 via Nuclear Blast Records.

The San Francisco Bay Area thrashers' next disc will be the follow-up to 2014's "Blood In Blood Out", which was their first release since the departure of the group's lead singer of nine years, Rob Dukes, and the return of Steve "Zetro" Souza, who previously fronted EXODUS from 1986 to 1993 and from 2002 to 2004.

"Persona Non Grata" was recorded at a studio in Lake Almanor, California and was engineered by Steve Lagudi and EXODUS. It was produced by EXODUS and it is currently being mixed by Andy Sneap.

EXODUS guitarist Gary Holt shared the album title in an Instagram post, writing in an accompanying caption: "Early indications are this monster sounds fucking sick! Doing some spot vocal stuff tomorrow with @zetrodus and then tracking is DONE. Gonna be a long wait until the release of this beast on @nuclearblastrecords".

Souza recently said about the musical direction of the new EXODUS material: "This album has everything that a heavy metal fan and EXODUS fan wants. It's very brutal, it's very violent, it's very fast. The lyrics are very aggressive and really deep subject matter. It doesn't disappoint.

"As for Gary Holt, him being the major songwriter and the main songwriter, I feel that he's written an absolute masterpiece — an absolute thrash metal masterpiece," he continued. "It's got all of the elements that an EXODUS record should have. It's not even done yet, and I'm really already proud of it."

Longtime EXODUS fans will recall that Hunolt — the other half of the famed EXODUS "H-Team" who is on every studio recording from 1985 through 2004 and co-wrote some of the band's best-known songs such as "A Lesson In Violence" and "Deliver Us To Evil" — left EXODUS after the band's highly acclaimed 2004 reunion album, "Tempo Of The Damned". Following his departure, Hunolt was replaced by HEATHEN guitarist Lee Altus.

Back in April 2019, Hunolt rejoined Holt and other EXODUS members Tom Hunting (drums) and Steve "Zetro" Souza (vocals) to perform several of the group's classic songs during a METAL ALLEGIANCE concert in San Francisco, California.

"Blood In Blood Out" was notable for featuring a guest appearance by former EXODUS guitarist Kirk Hammett, who left the band in 1983 to join METALLICA.

Three years ago, Hunting was asked by Metal Wani if the next EXODUS disc could include another collaboration with Hammett. He responded: "We'll bring Kirk back, if he wants to come in and do a solo, for sure. And there might be a Rick Hunolt sighting on the new record too; you never know.

"At this point, we feel like it's good to celebrate the history of the band and all the important people that have been in the band along the way," Tom explained.

Souza is now on his third stint with EXODUS, having previously fronted the band from 1986 to 1993 and 2002 to 2004. A decade following his second departure, Souza returned to the fold in 2014, just in time to appear on "Blood In Blood Out".

"Persona Non Grata" will be EXODUS's first since the completion of SLAYER's final tour. In 2011, Holt began filling in for Jeff Hanneman at SLAYER live shows, and became the band's full-time co-guitarist as of 2013, while remaining a member of EXODUS.

"There ain't no way to stop us
and you'll never kill our pride
'cause it's not only music
it's a chosen way of life!"
Topo