The official performance video for Behemoth's "The Deathless Sun" from the album "Opvs Contra Natvram", out September 16th. 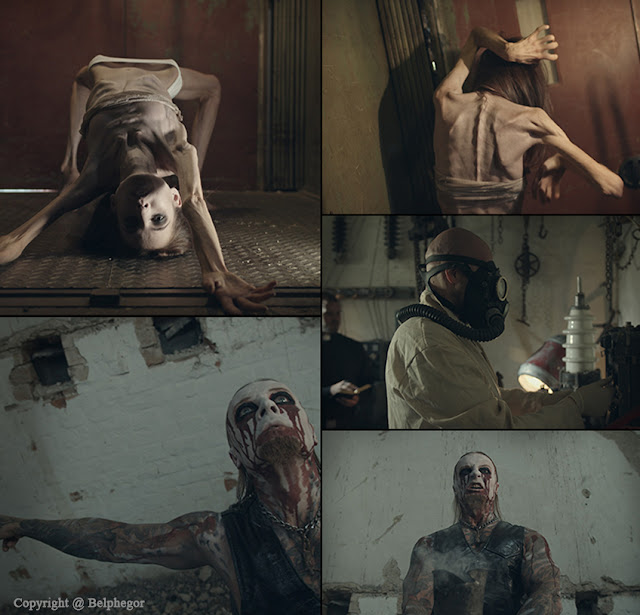 Diabolical death metal squadron BELPHEGOR who have recently released their new album "The Devils" via Nuclear Blast Records have released today a new bizarre music video for the title track.

The band comments: "BELPHEGOR horde, today we have a special present for you extreme Musick lovers out there. We are unleashing the new bizarre music video for the diabolical album´s titletrack „THE DEVILS“! Turn ya speakers to the max:
In Musick, Helmuth" "Breaking a decade of omertà, The Mars Volta reawaken from their lengthy hiatus with an eponymous album that radically reshapes their paradigm. The new album shakes loose some of The Mars Volta’s long-standing shibboleths, fearlessly defying all expectations and categorizations. Instead, The Mars Volta pulses with subtle brilliance, Caribbean rhythms underpinning sophisticated, turbulent songcraft. This is The Mars Volta at their most mature, most concise, most focused. Their sound and fury channeled to greatest effect, The Mars Volta finds Rodríguez-López’s subterranean pop melodies driving Bixler-Zavala’s dark sci-fi tales of the occult and malevolent governments. Distilling all the passion, poetry and power at their fingertips, The Mars Volta is the most exciting and accessible music the group has ever recorded." 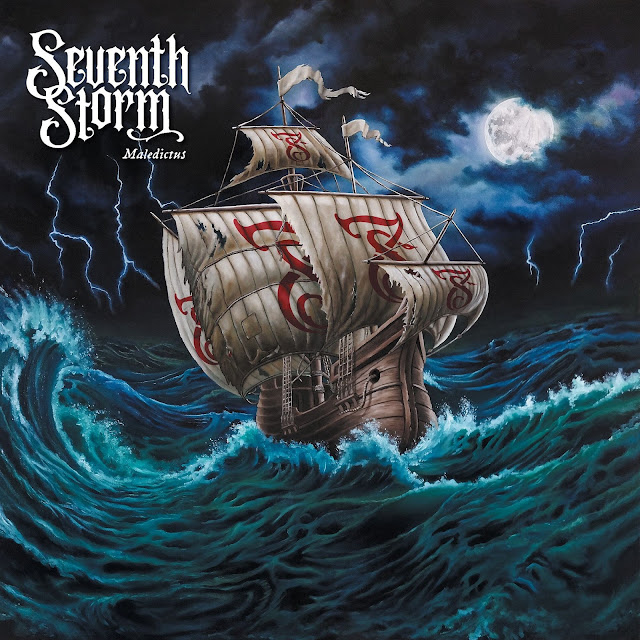 The vessel has finally entered the port and SEVENTH STORM's first album "Maledictus" is out today via Atomic Fire Records. With influences ranging from Bathory via Paradise Lost, and Dead Can Dance to even Van Halen, the Portuguese combo around Mike Gaspar is only just embarking on a journey across the wild and wondrous waters of heavy metal history. And while not being a concept album, "Maledictus" is tied together by a strong sense of pain and anger, paired with a flickering hope of forgiveness for our lives

To celebrate the release of their debut album, SEVENTH STORM present a music video for their heaviest track to date, that starts with a traditional Persian intro before unleashing raging blastbeats and a hard rocking chorus to honour the "Gods Of Babylon".
Drummer Mike Gaspar explains the background of the song:
“Just like the times of Babylon the gods represented a fairness of justice, healing , and compassion. Bringing light to agriculture to prosper for future years. Values we should worship still today. The past shows us the effects of war and famine. The magical teaching destroyed and lost. Let this song bring back those values and enrich our lives with sounds of an ancient past. Moving forward and United once more.
This video represents all that was conquered and fought for to create "Maledictus".
We now share it with those that desire to be part of this new Thunder Storm.
We shall please the Gods!”

Watch the new music video for "Gods Of Babylon", featuring plenty of behind-the-scenes-shots from the album recording, photo and video shoots here:
https://www.youtube.com/watch?v=7xWtKFixpl0

ORDER NOW:
Get the album in various formats here: https://seventhstorm.afr.link/maledictusFB

The official lyric video for the song "Flames Of Hatred" can be seen below.

RAZOR guitarist Dave Carlo said: "We are so psyched to finally offer this recording to our awesome and patient fanbase! It was our pleasure to make this for you and we sincerely hope you feel it was worth the wait. Play it loud my friends!"

From the catchy, concise riffs and insistent beats of album opener "Flames Of Hatred" to the double-barreled assault, muted power chord chugging and combative gang vocal of album closer "King Shit", "Cycle Of Contempt" is a trenchant reminder of a time when clubs around the world were packed with long-haired bands that played as fast as they could to mosh pits that spun and tumbled like clothes in a short-circuiting dryer.

As energetic and exciting as "Evil Invaders" and as urgent and powerful as RAZOR's 1989 speed-fest "Violent Restitution", "Cycle Of Contempt" showcases a band that never stopped spewing venom.

"I tried to write songs that everybody could listen to and say, 'Yeah, I know a guy who's done that to me or done this, or I know that situation. I can relate to that,'" Carlo said. "And I didn’t want to make everything specifically about me because when you do that, you exclude people. I wanted to include everyone that’s ever felt pissed off about anything."

An unrelenting slab of old-school thrash that showcases RAZOR's encyclopedic knowledge of the past along with Carlo's growth as a songwriter, player, and lyricist, "Cycle Of Contempt" is here to show that RAZOR are as dominating as ever.

Carlo has been the only permanent member in the band's 38-year history.