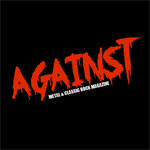 The year is almost over and the amount of quality releases continues to surprise us all. October has been utterly amazing and a hive of activity too! We were blessed and honoured to have our faces and ears melt before Brazilian legends SEPULTURA, as our writer Luís Alves spoke with both Andreas Kisser and Derrick Green about the band’s career and their latest effort “The Mediator Between Head And Hands Must Be The Heart”. This is the thirteenth release from the architects of the death/thrash genre and the seventh with Derrick Green on vocals. Contrary to what some may say, I believe SEPULTURA have recorded some great stuff since SOULFLY’s frontman Max Cavalera jumped off in 1996, however nothing that can really be compared to the monstrous records that are “Chaos A.D.”, “Arise”, “Beneath the Remains” or even “Schizophrenia”. Nevertheless, I believe this time SEPULTURA have managed to create something powerful, capable of breaking the curse that Cavalera left upon his departure… well, maybe 13 is not an unlucky number after all!

Of course this is nothing but my opinion, but the truth is “The Mediator” was good enough to make some of us revisit SEPULTURA’s entire discography, not forgetting about their first full-length “Morbid Visions” and even the “Bestial Devastation” EP, originally released in 1985!

We’ve also had the opportunity to talk with Maurizio Iacono from Canada’s most vicious Melodic Death Metal outfit KATAKLYSM; Tim Yatras, the mastermind behind contemporary post-black metal band GERM; and RED FANG’s singer/bassist Aaron Beam, in a less promotionally driven interview where I swear no drugs were used.

Who doesn’t love Classic Rock? Yeah, I know, and that’s why this time we have decided to feature not one but three bands, namely San Francisco classic rock superstars ORCHID, Umeå-based rockers OLD MAN’S WILL, who have released a brilliant debut, and Portuguese rockers THE RISING SUN EXPERIENCE, a band that blends the spirit of the ‘70s with the atmosphere of the ‘60s. There was also room for some Black Metal, this time with Dark Essence Records’ newest weapons SARKOM and SLEGEST, and we also took some time to talk with Swedish sludge monsters MONACHUS, UK orchestral Funeral Doom merchants EYE OF SOLITUDE, Dutch Death Metal giants HAIL OF BULLETS, the one-of-a-kind artistic project MONOLITHE and Finnish cosmic black metal collective ORANSSI PAZUZU.

You can’t miss this one!
See you next month!

AGAINST MAGAZINE is stoked to be streaming the new EP from black metallers VANHELGA, in full! This outstanding piece of audio angst was released via ART OF PROPAGANDA on November 4th and you can order HERE.

After many positive reviews of the second album “Höst” the band recorded a new EP in their unique style and delivered seven songs with a playing time of nearly 32 minutes of sick and melancholic music.

This is also the first time with Johan Gabrielson/1853 of Lifelover in the line-up.

MALEVOLENCE are back in November 22, 2013 with ANTITHETICAL, their brand new studio album, and to celebate the return of one of the Portugal’s finest Melodic Death Metal bands, Against Magazine is honored to unleash the disturbing track Antithetical!

Formed in Leiria (Portugal), MALEVOLENCE have been storming the scene internationally in one form or another since 1994, making an impact worldwide with their stunning statement of intent.

Produced by Carlos Cariano, recorded in 20M2SEA Studio by Paulo Pereira in Portugal and mixed and mastered at WOODSHED Studio by V. Santura (Triptykon, Pestilence), the record showcases the band at their prime! “We are at a creative peak right now, and Antithetical as an album reflects that. Everything from the production, to the writing, to the performances are a step up from our last album”, commented the band. “Antithetical is one of our most forward thinking songs. We explored and enhanced the contrast between elements from the progressive and the extreme metal fields to add another perspective to the whole album”.

The album also counts with drummer extraordinaire Dirk Verbeuren (Soilwork, Devin Townsend) on the drumming patterns. “Working with MALEVOLENCE was extremely challenging, but in the end the album turned out great!”, said V. Santura. “I especially like the overall aggressivity and those few, but very delicate industrial elements – Quite special!”. In this month’s issue we bring you new and old stuff and we have decided to feature Portuguese renowned masters of sonic extreme metal progression MALEVOLENCE in our cover! That’s right! They’re back 14 years after the release of the critically acclaimed “Martyrialized”, this time with “Antithetical”, an album that will give you a brutal beating and make you its bitch!

And speaking of comebacks! This month marks the return of Leather Leone to CHASTAIN. She’s the original vocalist and one of the originators of the female Power Metal vocal style! We caught up with guitarist David Chastain to discuss her comeback and their new album “Surrender To No One”.

Against Magazine’s Jorge Alves also caught up with THE OCEAN’s Robin Staps in the Oporto city, as part of their last European tour with the current line up, to talk about all the changes and the new album. You really can’t miss this one!

So, this and a lot more is waiting for you in this new issue of Against Magazine. We have been honoured to hear new music from all these bands we’re bringing to you and we’ll now start to work in the next one!

See you next month!